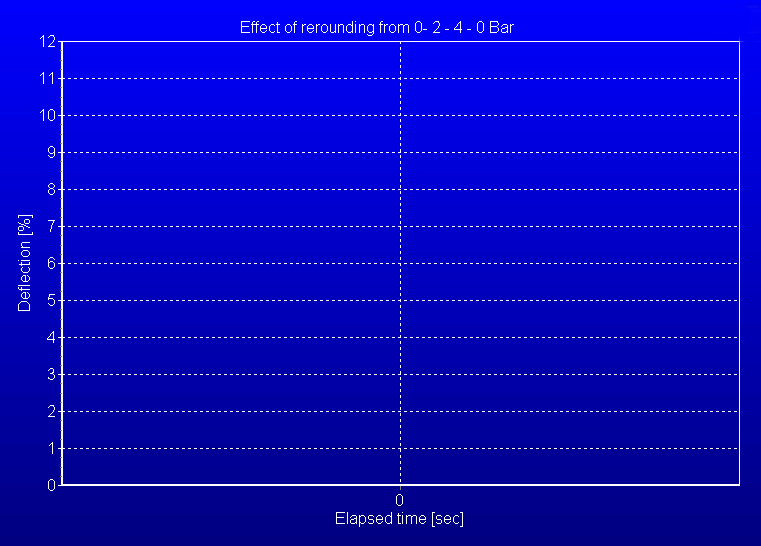 When pressure pipes are buried, the pipes are still without pressure and will act as gravity pipes. After installation however,
the pipes will be pressurised and try to recover the pipe deflection that was obtained. It shall be noted that the pressure pipes used in this study had a stiffness of 6KN/m2 and hence deformation will stay low. On the other hand it is noted in real practice that pressure pipes are laid in a less careful way then gravity pipes.  The process of recovery of the pipe due to internal pressure is shown in the graphs. The pipes were buried in soft (3 meter cover) and firm (1.15 meter cover) clay. When burying the pipes in granular material less re-rounding will take place.

2: The other condition is when pipes are installed in firm soils. They will not be able to reround fully. The pipe is fit in a deflected shape and the state of bending stress is relaxation. Those stresses do not result in failure. At the same time the expansion of the pipe is hindered by the firm soil and as a result the stresses are not fully developed as indicated by the Barlow or Lame formulas. Therefore, thermoplastics pipes shall be designed using the most severe loading condition for the pipes, which is a full creep condition, using the Barlow formula. (same procedure as in their classification).

Combined loading : For linear elastic materials the flexural stresses are added to the tensile stresses caused by internal pressure. This approach is however not valid for thermoplastics pipes, as has been proven by material testing. For thermoplastics pipes, one can use the PN rating (Determined in worst condition, which is free creep) for design. More information can be found in the "Additional Information" section (click the button on top of the page).